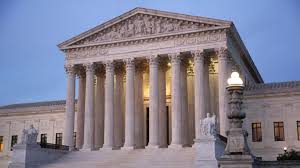 Monday morning the Supreme Court of the United States made its first ruling on a pro-life issue during the Trump Administration.  In a 5-4 decision Chief Justice John Roberts was the swing vote to strike down a Louisiana Law.  This law required abortion providers to have admitting privileges to hospitals within thirty miles of the abortion facility.  “The Louisiana law burdens women seeking pre-viability abortions to the same extent as the Texas law” wrote the Chief Justice. Chief JusticeRoberts sided with the four other judges as precedent was set with a similar bill from Texas.  If upheld Louisiana would have one abortion provider left in the state. In a statement from Tim Traudt the Executive Director for Nebraskans Embracing Life

“We are disappointed with the Court’s ruling not making mother’s lives a priority.  This hits close to home as Dr. Leroy Carhart from Bellevue, NE maimed two mothers in Maryland just last month. Dr. Carhart does not have admitting privileges in Maryland hospitals making it difficult for the doctors to care for the mothers.  We continu to pray for our country and the Supreme Court to one day uphold the first fundamental right given to us by God, and acknowledged in our founding documents by our Founding Fathers…..The Right to Life.”